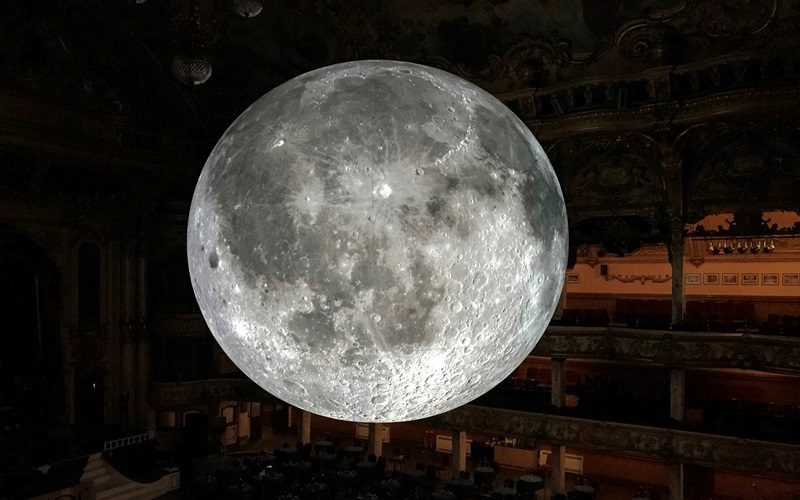 Ever seen the moon rise indoors?

There isn’t anything that we can’t do! Our latest instalment of a gigantic moon in The Blackpool Tower Ballroom is amongst one of the visually spectacular events we have done of late.

Working with UK artist Luke Jerram whose multidisciplinary arts practice involves the creation of sculptures, installations and live artworks. Jerram is known for creating art projects which excite and inspire people around the world.

Part of Blackpool’s award-winning Lightpool Festival we were called on by our friends at VisitBlackpool to help install the enormous structure, that would be suspended above the world- famous Tower Ballroom.

The moon was rigged from a 15m H40v black truss on 2 x 400 Kgs cat A Hoist’s across the centre of the Tower Ballroom. This created the perfect position for the moon along with a solution for the cable management to help create the illusion of a hovering full moon.

The moon shone brightly as part of the Lightpool Festival’s Art Trail in October 2018 and is one of a number of light pieces installed by our teams in October including the Light Night in Leeds.

Museum of the Moon is a touring artwork and has already featured at the Commonwealth Games in Australia, toured five cities of India with the British Council and been presented in Aarhus, Denmark for the European Capital of Culture and the Olympic Water Cube, Beijing, China.