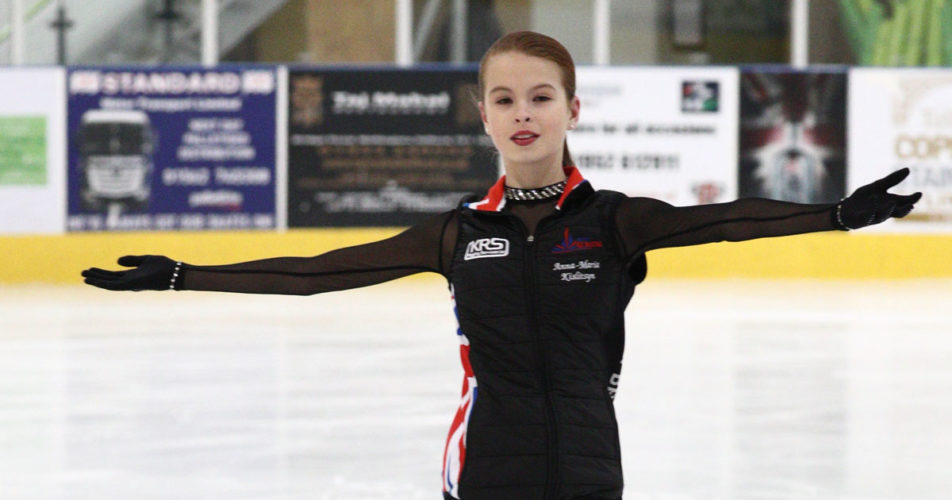 Following in her parents’ footsteps, rising star Anna-Maria Kislitsyn is making waves in British Figure Skating and now with the support of KRS she has her sights on reaching the pedestal at the next British Championships.

Alexei commented: “We are incredibly grateful to KRS for their offer to support Anna- Maria. She has achieved so much in such a short space of time. People just expect it to come naturally when your parents are Russian champions so she’s had to work extra hard. Her determination and training is certainly starting to pay off”.

Anna-Maria is currently in training for her upcoming competitions she travels to Holland in March and Copenhagen in early April. A determined and hardworking skater, she has already appeared in numerous UK and International competitions, coming second place in the first IJS solo ice dance competition of this season in Telford.

As a member of the Great Britain Development Squad, she trains weekly at Blackpool and Blackburn Ice Arena under the watchful eye of her parents and coaches Alexei and Natalia.

We are committed to supporting Anna-Maria over the next 12 months, the sponsorship will help provide costumes, equipment and accommodation required to keep Anna-Maria on the ice and ready for her upcoming competitions.

Anna-Maria’s younger sister Amelia also has high hopes of following in her sister’s desire to become British Champion, at just 7 she’s showing a keen interest and flair for figure skating. Accompanying the family around the UK and Europe, attending competitions has certainly influenced her desire to compete in the future.