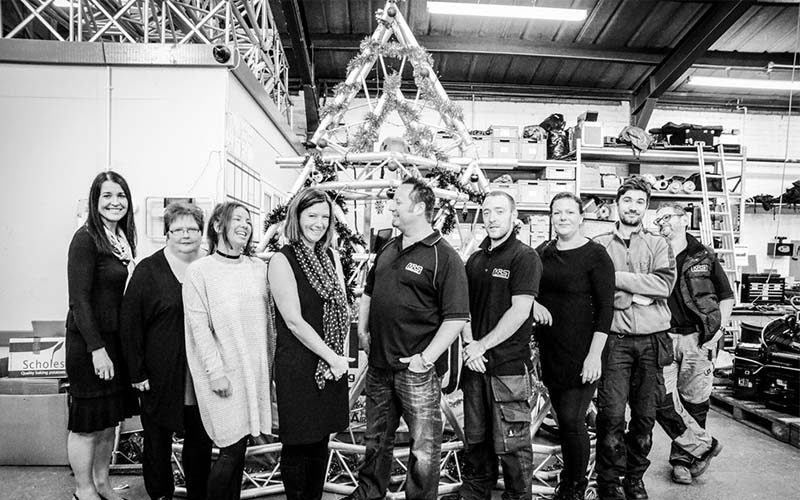 From BAMMA and Bruno Mars to the Batley & Spen Youth Theatre event in honour of Jo Cox. From award wins and the highs of working with Manchester Central and Metallica to the aftermath of that night at Manchester Arena, it’s been – in so many ways – an unforgettable year.

Annual reviews can be rather dull and dry read. So this year, our review of 2017 takes a rather different tack.

It’s a review in our team’s own words – and what they’ve told us is that this has been a year of personal achievements and company growth; of incredible projects, inspirational events, and of facing – and overcoming - challenges of character as much as technical challenges.

Over to the team:

"It’s great to see how KRS is growing and going from strength to strength. We’ve had the pleasure to work on some great projects: Adele, ELO, Stone Roses and Bruno Mars to name a few. Becoming more involved with the crewing at Manchester Central has been fascinating. And working on the Arianne Grande tour in the aftermath of the tragic events at Manchester Arena had its challenges. I was really proud of the way the whole KRS team (including the freelance riggers) pulled together at a very difficult time.

“I think we can also feel very proud to have won an NOEA [National Outdoor Events Association] Award and been shortlisted for three more.”

“My personal highlights of 2017 have been providing support on shows such as John Legend, Metallica and Drake. We supported Disney on Ice and Marvel Universe Live once again, which marked another year working with Feld Entertainment in what is now a long-standing and productive relationship.

“Being part of a local production is always great so it was a treat to be back at Lytham Festival again this year.Providing support for Andrew Gee, our Venue Operations Manager at Manchester Central has been interesting for me, and I’ve enjoyed seeing how the corporate side works.”

“A personal highlight for me this year was being able to help Batley and Spen Youth Theatre [the group established in honour of murdered MP Jo Cox] with their production of Les Misérables. It was an honour to help. As a huge musical theatre fan this project was something that I thoroughly enjoyed being part of. The team behind the production are some of the best in the theatre business and to work alongside them was an absolute privilege. All the children involved gained so much from this experience and put on a fab show at the end of all the weeks of hard graft!

“I also feel the year has ended on a high by winning an NOEA Award and being shortlisted for the Festival Supplier Awards, Event Production Awards and TPI Awards.”

“My personal highlight was working on Bamma 33. You get such a huge sense of achievement after the show from knowing that everything’s run smoothly and that the fans are happy. I got to meet people like David Haye, and working with the Newcastle event team was great.

“The journey we’ve been on this year has seen us go from a rigging service provider to a turn-key operator and as a result we've progressed down the road of being certified for QA under ISO 9001:2015. We have collectively pushed the KRS brand to a wider audience and marketplace.

"In a nutshell we’ve seen the operation grow in terms of staff, policy and value and it’s been a great pleasure to be part of it”

Thanks to the team for their contributions, thanks to you for choosing KRS in 2017 and, as so many of our contributors echoed, we can’t wait to see what 2018 has in store.

Have a very Merry Christmas, and see you next year.